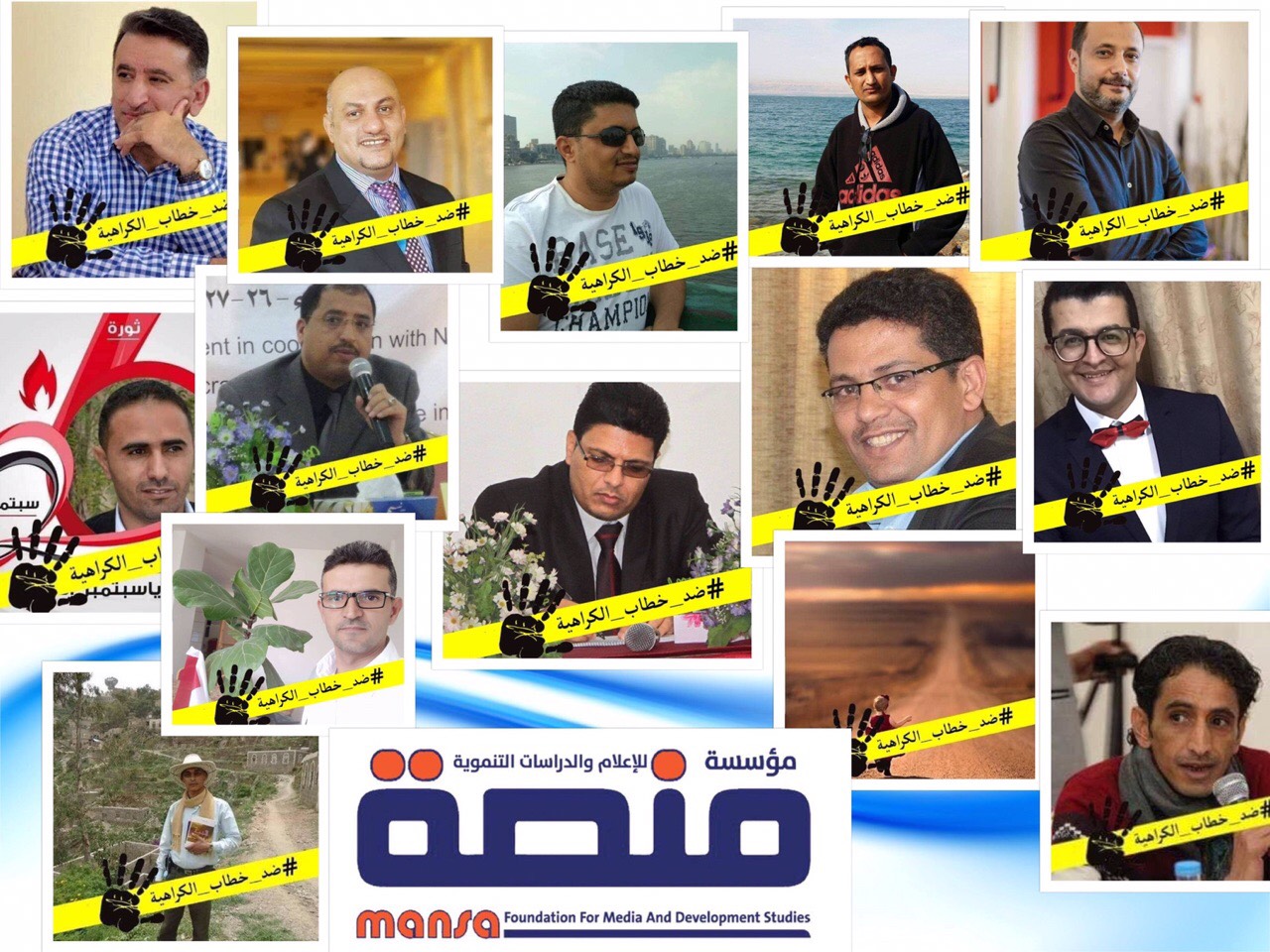 A number of Yemeni journalists and activists have unleashed a campaign on social media  announcing their rejection of hate speech and violence incitement that has aggravated the tragedy of war as the country has entered its fifth year of strife and fighting.

Dozens of Yemeni journalists and activists have posted their own profile photos on social media with a slogan saying:  # against Hate speech.

He said the increasing number of violence-rejecting voices among Yemeni journalists and activists will be able to create a culture that is different from the one that prevailed during the past years in which the media  appeared as tools to manage and prolong the conflict.

Abdulmughni added that confronting hate speech and incitement is an urgent necessity given its devastating and catastrophic consequences in addition to the fact that hate speech threatens the social fabric and the values ​​of co-existence in the country, especially in the context of conflicts and wars Yemen is witnessing.