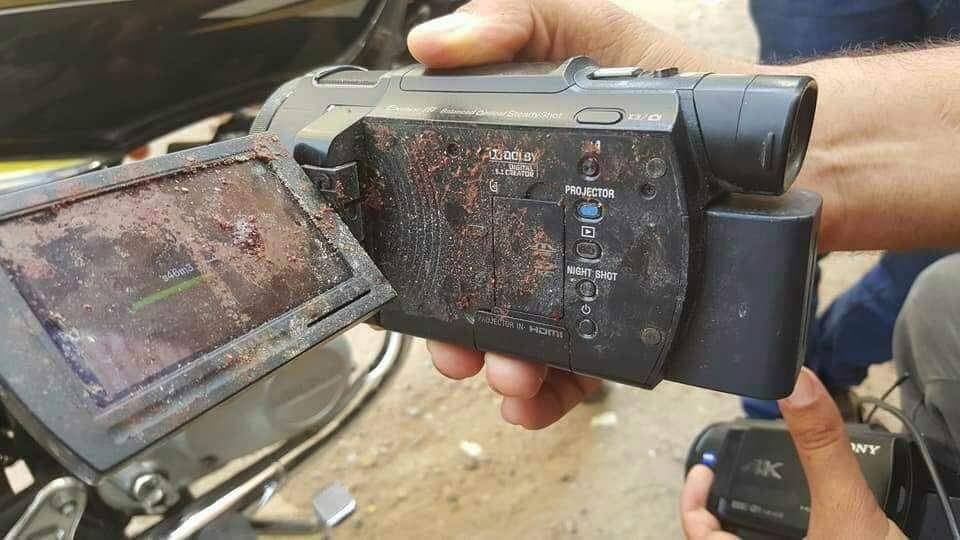 At a time when they were the voice the civilians and victims in Yemen, they have become the victims of a situation which lacks the minimum standards of safe work and stable living.  This is the situation of Yemeni journalists today.

The parties to the conflict deal with journalists as enemies, and the media outlets as strugglers without providing the minimum requirements for the media work . Journalists  work in a situation which resembles a risky field of mines full of risks, their salaries are stopped in addition to being subjected prosecution, displacement and death.

During the war, Yemeni journalists have turned into victims, finding themselves alone in the battle to defend the witnesses and confront attempts aimed at hiding the truth.

Dozens of journalists left the capital, Sanaa, and the cities controlled by Ansar Allah, al-Houthis. Some of the journalists left after a series of harassment, crackdowns and raids on media  outlets.

The violations against Yemeni journalists were not committed by to one party. It has been obvious that the journalists became within the fire range of different  authorities. The seditious speeches against journalists have surfaced in the state or non-state media outlets, let alone the chasing and monitoring by the  intelligence and security apparatuses.

Dozens of newspapers and media outlets unfairly continue suspending their publication after being forced to shut down and stop publishing.  Sanaa has become a capital free of any independent media or partisan outlet that does not follow the Ansar Allah, Al-Houthis . This situation has forced hundreds of journalists to lose their jobs and their salaries, leading them to look for other jobs to make a living for themselves and their families.

For two years, many journalists have been unpaid, let alone the loss of other rights including the absence of health insurance or life-threatening insurance and working without contracts that guarantee their rights and determine their duties. This is not the situation of journalist working for local media outlets only, but those working as correspondents of a number of foreign media face the same situation.

The Yemeni journalist continues to work without annual and sick leave rights. Also, adherence to daily and weekly working hours is another issue. According to the International Federation of Journalists,  the working hours should not exceed 38 hours per week, and in case of overtime work, there should  be a fair financial reward.

In practice, the media  outlets do not insure their employees against loss or injury while they are doing their work. These outlets also neglect their role in qualifying  and developing the skills of their employees and engaging them in continuous training courses .

The killing of journalists and photographers over the last few years has shown the gravity of a situation in which  a journalist and photographer is working without the minimum life insurance or even training them on the principles of occupational safety.

The situation of the families of those killed since the outbreak of the war in Yemen seems helpless as they are incapable of claiming the rights of their departed relatives because they do not have any contracts or documents that obligate the media outlets in which their  deceased journalists were working.