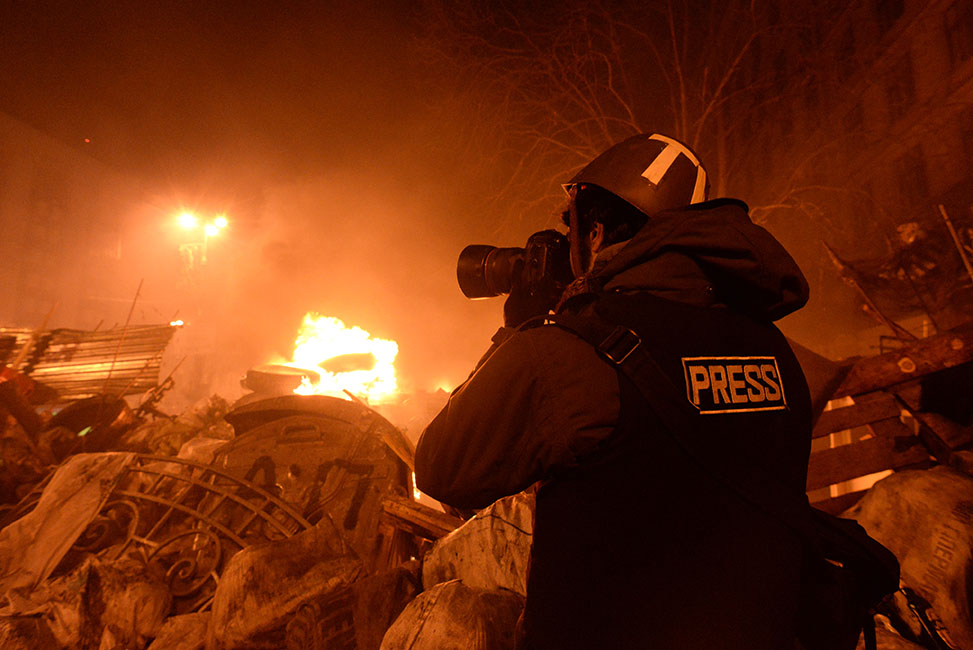 21 Yemeni journalists have been killed in the past three years while covering the war in the country. One of the reasons for their killing was the lack of training on occupational safety during the coverage of conflicts and wars.

Journalists and photographers often go to the wrong places during clashes, and they cover events without planning, preparation and coordination with local people in the conflict zones. In addition, they go to dangerous areas without having safety tools.

Avoiding the risks that threaten the lives of journalists in Yemen is not the responsibility of journalists alone. The media organizations and the human rights organizations concerned with defending media freedoms are also responsible for training the journalists on occupational safety skills and on how to work in dangerous situations during conflicts.

Reviewing the circumstances of killings and injuries of  journalists while covering the conflict in Yemen, it was found that the journalists in many cases did not  distinguish themselves from the fighters in terms of choosing their places during coverage based on  an already formulated plan so that they would know what they want to cover and return to their offices and workplaces.

Over the past period, it was noticed that young, armature and untrained journalists were covering the conflicts. In such cases,  the media organizations are committing gross mistakes that could lead correspondents or photographers to death.

This dangerous situation of journalists denotes that they need to receive training on occupational safety to cover conflicts and wars. This is what the Mansa Foundation seeks through coordinating with partners who  are  interested in the occupational  safety of media professionals.